Who Should Get The Collingwood Junior Hockey Bid?

The town of Collingwood deliberates as they prepare to vote on which junior hockey bid will receive approval to call Collingwood home. The vote is set for March 4th as the two ownership groups wait for the decision.

Who do you think Collingwood should pick to play in the Eddie Bush Memorial Arena?

Paul Jeffrey – Hockey coach for the Oakville Rangers for many years, a diverse business man with knowledge in sales & marketing.

These three hope to bring the GOJHL Collingwood Admirals to fruition and play their home games at the Eddie Bush Memorial Arena. It has been reported they have affiliated themselves with the Owen Sound Attack, Owen Sound play in the Ontario Hockey League (OHL) Major Junior ranks.

The Owen Sound Attack vowed to supply the junior b team with resources such as scouts, coaching help and support. They will provide players that are not yet ready to play for the Attack but, still want to keep them close to the team.

The trio will become an ownership team that has no prior management experience in the major ranks of hockey. The Collingwood Admirals group will build a team from scratch and be ready to play for the beginning of the 2019-2020 season says the ownership group.

The group plans to raise money in order to help compensate for the initial startup costs, an article on Collingwoodliving.com had the owners noting it will require nearly $200,000 to acquire gear and get the team running.  Calling it a community team and relying on community fundraising to maintain the costs of running the hockey team.

David Steele – Manager Stayner Siskins Junior “C”, 10 plus Years of experience in coaching and managing junior hockey clubs.  Business owner, and ties too many levels of hockey in Ontario.

These four hope to bring the Collingwood Colts to the Eddie Bush Memorial Arena and play in the Ontario Junior Hockey League. The four owners have already purchased a team in the OJHL and have been approved to relocate the team to Collingwood.

David Steele and his partner Howie Campbell have enough experience in the hockey world to last longer than a life time. These two have done all there is to do with regards to running a successful hockey team. Howie Campbell has owned the Colts since 1995; David Steele has been managing the Stayner Siskins in the PJHL for the previous 6 years. 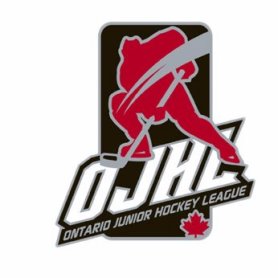 All the resources of the OHL Barrie Colts will be at the disposal of the Collingwood Colts. The junior “A” team will act as a farm team for the Barrie Colts allowing them to keep talent closer to the team as they develop. Coaches, Scouts, Management staff will all be assisting with the future farm team, this will allow for immediate competition and exciting hockey.

The one thing Collingwood can be assured of with the junior “A” bid is there is plenty of funding and resources available to help maintain the team, knowing established franchises are behind the team is reassuring I am sure.  The team will have the fan base and following of two different hockey leagues, and all the aid it will need to make Collingwood junior hockey successful.

Both groups have expressed their intent to be a leader in the community and provide clinics to the local minor hockey programs. . It is up to the council members of Collingwood now; they will ultimately decide the fate.