The Response, Junior B bid in dispute over logo rights. 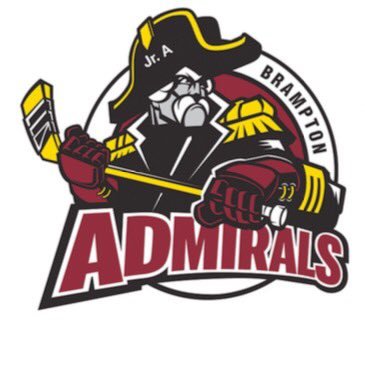 My previous article has gathered a response via email, as a current dispute over a logo released as the one of the new Collingwood Admirals in the GOJHL.

For those of you not familiar with my previous article, I wrote about the Collingwood Admirals logo looking awfully similar to the one of the current OJHL Brampton Admirals. After I released the article the other day on my blog, I received a response; it came from a person who claims to have direct ties and knowledge to the logo situation.

This person who contacted me respectfully explained how the created logo of the Collingwood Admirals that I posted was created in 2015 for a team that was in the works at that time. That team did not pan out and therefore the logo was never used. However, the logo was kept by the artist who created the drawing and owns the rights.

They went on to tell me that the Brampton Admirals operating in the OJHL did not/do not own the rights to that specific artwork. I was also informed that the Collingwood group was working towards a solution on this issue surrounding the two Admirals logos. The individual said that they are not sure how the Brampton Admirals obtained their current logo and they had never heard of them until this was brought to their attention.

I thought it was odd for a team to have the exact logo just different colors no matter who owns them and what league they are in. My article was simply just a question I had; I am a passionate fan and supporter of both leagues. I enjoy the hockey and hope more Canadian junior hockey teams are able to thrive, especially teams within Ontario. I hope all involved are able to find a common ground in regards to this logo confusion.

This has nothing to do with the GOJHL, let me make that clear. The league simply approved the application presented to them for a new team to exist in the GOJHL. They now wait for the Collingwood group to secure a venue which will allow them the full approval.

So now I sit here and wonder to myself, are the Brampton Admirals being accused of using a logo that is not rightfully owned? Or did they simply go out and have the logo created by a separate artist? None the less I really find it hard to believe that the Brampton Admirals would be operating with a logo and name they have no rights too.

It is likely a scenario that will be figured out in the coming days. But, who gets the logo? and with all the uncertainty already displayed and the team has not even been created is it really fair to the GOJHL. Does the GOJHL need a franchise that will create fewer players as a new roster will be created? With no existing team they will be relying on players from around the league and ones whom join the junior b ranks for the first time.

Watering down the league has many wanting the GOJHL to not expand the league. There are also many that think Collingwood will be a great market for the GOJHL, It all depends on who you talk to. With the waiting game in full effect it would seem the GOJHL Collingwood group have some more details to iron out before they’re fully ready to proceed with things.